BROKENRECORD for Staff on TTT 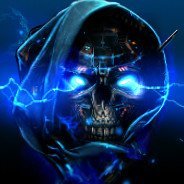 By BROKENRECORD,
December 31, 2021 in Denied Applications